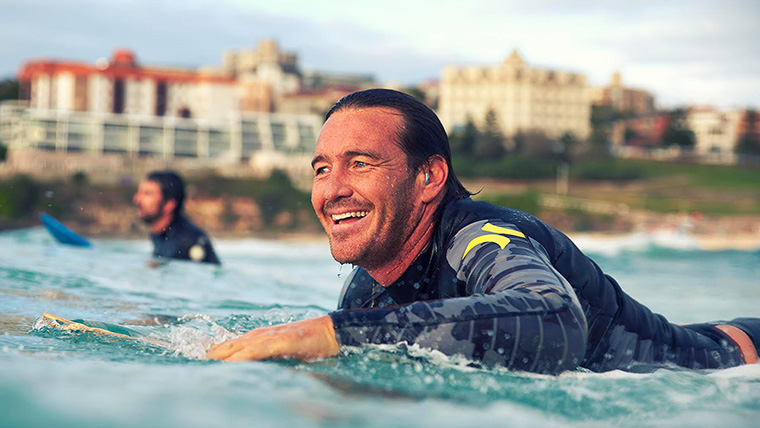 Justin grew up in a small fishing town on the NSW south coast of Australia.

As a kid he spent most of my time on farms and in the ocean where he developed a healthy respect for the natural environment.

He's always had an appreciation of cameras growing up, but what he really loved was telling stories, mostly in an attempt to get out of trouble. He could sing every commercial jingle on TV and by age 13 he could recite the entire screen play for my three favourite films of the time – Ferris Bueller’s Day Off, The Lost Boys and Stand By Me.

It wasn’t until he started work as an art director in Sydney’s advertising scene that he was exposed to the film industry and he instantly fell in love with the craft of filmmaking.

When he's not making commercial films – he makes short films and develops feature film and TV series concepts. He watched my father work 6 days a week my whole life, so it’s natural for him to be constantly chipping away on multiple projects and improving my craft.

Justin's always loved aerial cinematography and how it gives the audience a sense of geography within the story. So a few years ago he developed a drone company with a mate www.heliguy.tv which keeps me on top of all advances in film making tools available to the storyteller.

What he loves about commercial filmmaking is that it requires you to be resourceful to find the magic in each individual project, regardless of the budget. He believes there’s a way to make any piece of communication an enjoyable experience for the audience and he really loves the challenge to find and deliver it every time.

At the end of the day, Justin just loves collaborating with creative people and making films.